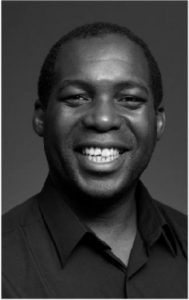 Frank Sweeney brings to the Foundation his practice in, and passion for, community arts and lifelong learning, as pathways to positive social change.

Frank has been producing live events for over 25 years, including programming and co-producing thousands of shows at the Hackney Empire Theatre, producing the Rio-London Carnival Exchange for Create London at the London 2012 Festival, and the Great British Carnival at the Queen Elizabeth Olympic Park in 2014.

He is currently Co-Director of Margate Carnival.

He is a Youth Worker and Trustee of Hackney’s The Crib youth charity, where his programme, Desire Paths, supports young, emerging creative practitioners to realise their creative vision and find work in the Creative & Cultural Industries.

He’s a Director of Outdoor Arts producer, GB Carnival and has been co-producing the annual (Hackney Empire) New Acts of The Year comedy showcase for 20 years for New Variety Lives.

He is a Sector Expert and Peer Mentor for CLOCK Your Skills, the non-formal alternative pathway to high-level work based qualifications.