Mission The advancement of education of the public in general, on the subject of Black Heroes and their achievements, through the development and provision of educational resources together with supporting the production of theatrical shows and performances. To stimulate, motivate and inspire To promote pride through cultural awareness To educate and entertain To eradicate ignorance of Black heritage To encourage better understanding and further enhance our multi-cultural society

The Black Heroes Foundation values are covered by the backronym Strive and Faith:

HOW IT ALL STARTED

The first editor of the Voice Newspaper, and creator of the acclaimed theatrical show “Black Heroes in the Hall of Fame”

Black Heroes in the Hall of Fame was an outstanding and well-renowned show of 25 years, which toured the UK, USA, and Jamaica, with its last performance being in London, 2007. There is still a great deal of interest in the show, with demands for it to be re-launched. Part of this journey was the registration and launch of the Black Heroes Foundation in 2016”. 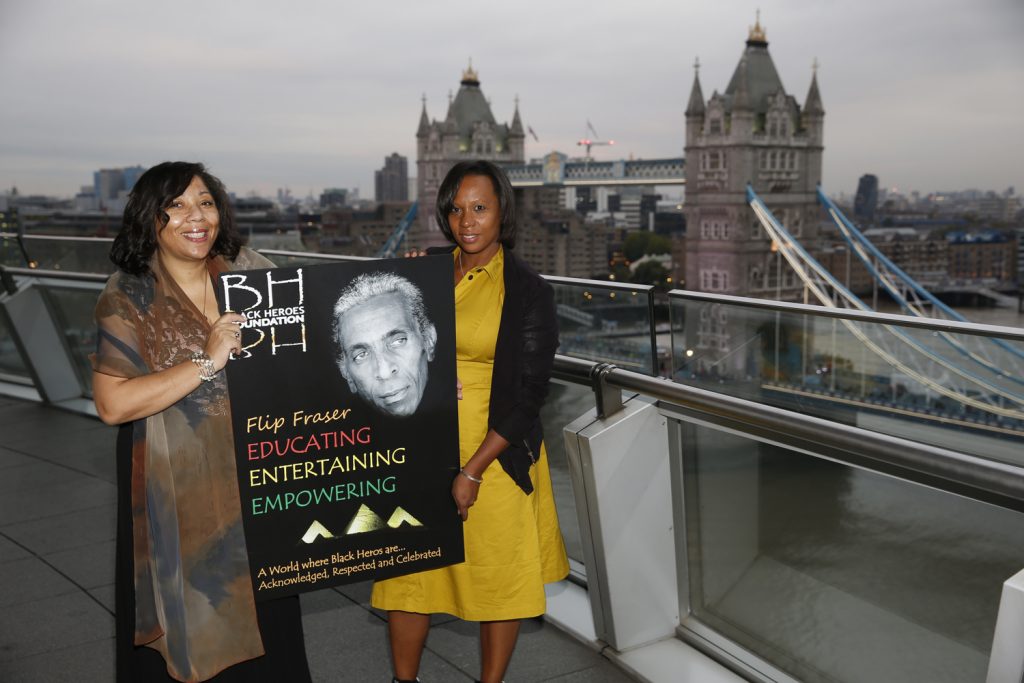 Launch of Black Heroes Foundation at City Hall, London on the 16th of November 2016

Gallery of photo’s from the launch event of the Black Heroes Foundation at City Hall in London.

The Foundation is dependent upon support from the community, businesses and government bodies. Please support this great cause in order to help fulfil Flip Fraser’s dream, and preserve his legacy created from the internationally acclaimed show “Black Heroes in the Hall of Fame”.