Andrew Newell was born in Clapham, London. He grew up in Kambala Estate, Battersea with extended family.
Providence Youth Club formed a big part of life growing up, later volunteering, then working there.

Andrew studied photography and worked with The Voice newspaper and also worked as a Learning Mentor in a mainstream primary school.

Andrew is the Caribbean island’s first-ever lawn bowler at the Commonwealth Games. Created clothing line to promote, Bowls and the ReggaeRollerscreated brand for the team. His first club was Battersea park BC followed by Waringham and now plays for Palm Cottage Bowls club in Gillingham.

Scroll down the page to see several YouTube interviews and a recording of his interview on Soundcloud. 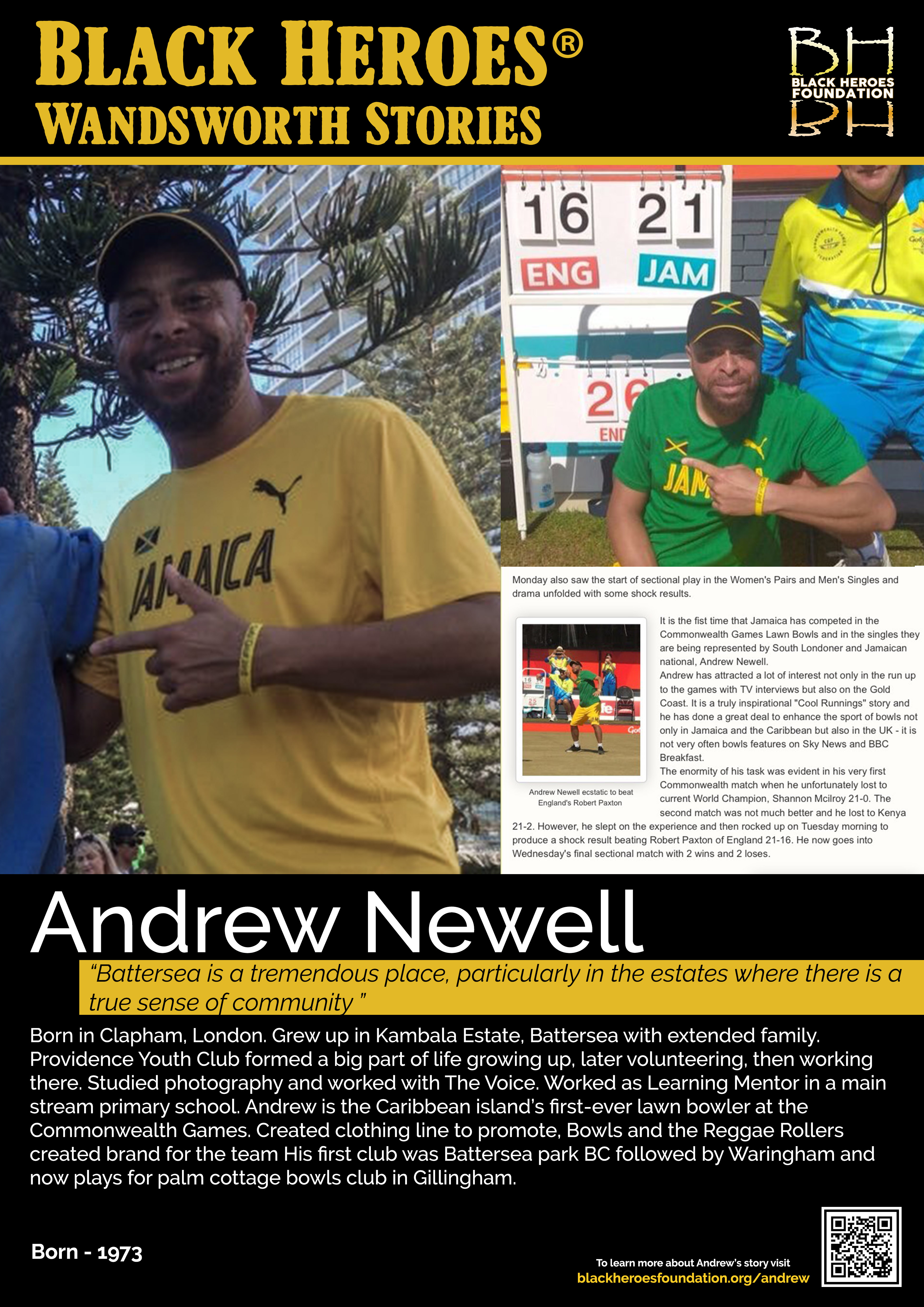