Maurice McLeod was born in Battersea, London. He grew up on the Surrey Lane Estate and later in Earlsfield, with his mother who was a nurse. Maurice went to Spencer Park School and then got a scholarship to Emmanuel.

Maurice was committed to working on anti-racism, as a result of racial abuse from the community and police whilst growing up and having been stopped and searched countless times.

Then the Grenfell disaster was the catalyst that prompted Maurice to stand as councillor and represent Wandsworths’ under-represented BAME community.

He is also a writer, editor and consultant.

Maurice is now, at the time of writing, the Labour Councillor for Queenstown Battersea, and the Vice-Chair for Race on the Agenda.

Scroll down the page to see several YouTube interviews and a recording of his interview on Soundcloud. 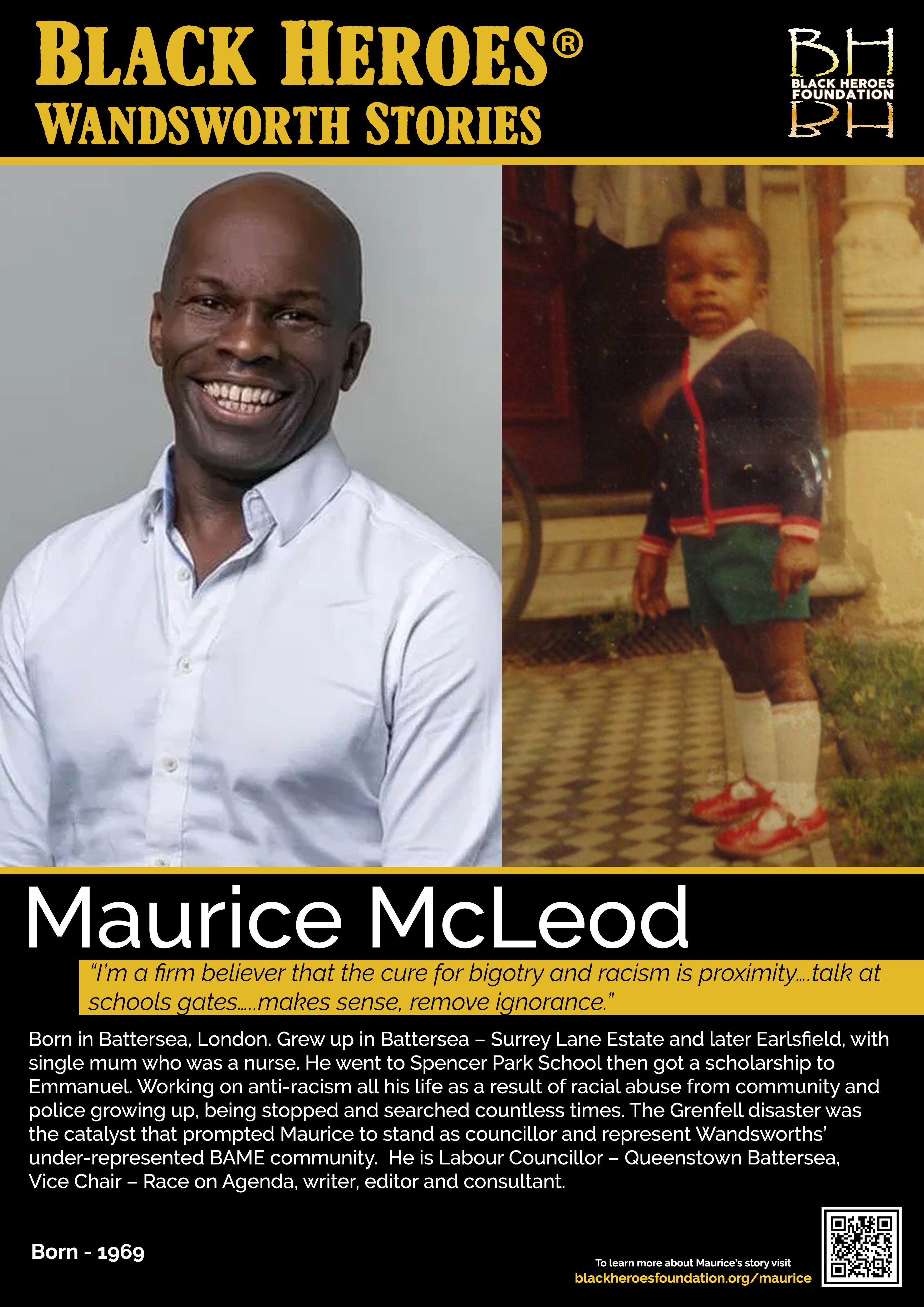 This website uses cookies to improve your experience while you navigate through the website. Out of these, the cookies that are categorized as necessary are stored on your browser as they are essential for the working of basic functionalities of the website. We also use third-party cookies that help us analyze and understand how you use this website. These cookies will be stored in your browser only with your consent. You also have the option to opt-out of these cookies. But opting out of some of these cookies may affect your browsing experience.
Necessary Always Enabled
Necessary cookies are absolutely essential for the website to function properly. These cookies ensure basic functionalities and security features of the website, anonymously.
Functional
Functional cookies help to perform certain functionalities like sharing the content of the website on social media platforms, collect feedbacks, and other third-party features.
Performance
Performance cookies are used to understand and analyze the key performance indexes of the website which helps in delivering a better user experience for the visitors.
Analytics
Analytical cookies are used to understand how visitors interact with the website. These cookies help provide information on metrics the number of visitors, bounce rate, traffic source, etc.
Advertisement
Advertisement cookies are used to provide visitors with relevant ads and marketing campaigns. These cookies track visitors across websites and collect information to provide customized ads.
Others
Other uncategorized cookies are those that are being analyzed and have not been classified into a category as yet.
SAVE & ACCEPT
error: Content is protected !!
Scroll to Top